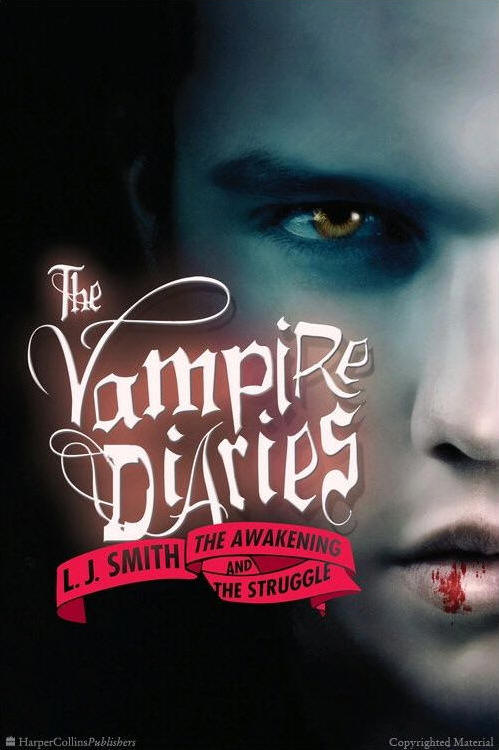 For a Limited Time you can read Vampire Diaries I and II online free as a single ebook from Harper Collins Books!

OMNIBUS I. contains two volumes:
Volume I. The Awakening
Volume II. The Struggle

Read OMINIBUS I. online now
Buy OMNIBUS I. From Amazon

The Vampire Diaries, Volume I: The Awakening
The most haunting love triangle of all.  Two vampire brothers, one good and one evil, are in love with the same beautiful girl.  Stefan meets Elena, and falls for her instantly.  But he swears never to approach her because of his dark secret.  On the other hand, Elena has sworn to make Stefan hers or die.

Damon is haunting Elena’s footsteps; coaxing and coercing her by turns.  Stefan desperately tries to protect her from his brother.  And Elena is having her blood drawn by two separate vampires.  Meanwhile Caroline plots to expose Elena in front of the entire town.  Can things get worse?  They do, when Elena drives too fast over an unsafe bridge and drowns.

The Vampire Diaries, Volume III: The Fury
It’s happened.  Elena wakens as a vampire.  She belongs to Damon, now, and to his world.  The town mourns her as dead while she haunts the Old Wood by night.  But by the time she remembers that Stefan is her true love, a new and powerful enemy appears.  This is the last battle; and the only way Elena can win it is to sacrifice herself.

The Vampire Diaries, Volume IV: Dark Reunion
As a psychic, Bonnie has dreams of Elena in the Other World. But the dreams quickly turn frightening.  There is a terrible new enemy stalking Fell’s Church, killing young girls.  Elena’s friends call for Stefan and get both him and Damon—but whose side is Damon on? The ending is the most surprising yet for Elena!

208 responses to “Read book online Free! The Vampire Diaries: The Awakening and The Struggle by L. J. Smith”